OpenCV (Open Source Computer Vision) is a library of programming functions mainly which aims at real-time computer vision. It has C++, Python, Java and MATLAB interfaces and it supports Windows, Linux, Android and Mac OS.

How to install openCV? 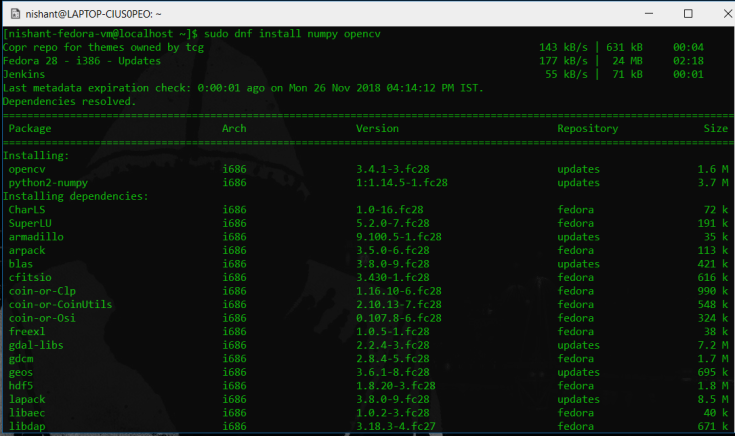 You can also do this

Configure openCV to run with python

Open up a terminal and type pythonand in the python interpreter type import cv2, it should import without any errors.

This is a text widget, which allows you to add text or HTML to your sidebar. You can use them to display text, links, images, HTML, or a combination of these. Edit them in the Widget section of the Customizer.